So I just spent a week in a haunted hotel. I will certify it as a 10 on my chart from 1 (Not Haunted) to 10 (Haunted). In fact, I don’t think I have been in a house or building where the spirits were so comfortable with the living, ever. Good job to the Menger Hotel for keeping a nice, clean abode. When it came to the paranormal here, I felt more than welcome by those who inhabit the more “undercover” realms of the hotel.

There are many reasons why the Menger is haunted. It has had many close encounters with death and many bright stars have found a comforting display case at the hotel. The very ground it sits on is where over 500 brave fighters lost their lives in the battle of the Alamo. It is built on the battleground itself.

I feel that I received way more than just a hotel room at the Menger, I feel that I was given a total experience. Between the decor and the lack of frills in the historic section, I was able to place myself in possibly 1890? 1920? It’s easy to reach into any decade and feel how they felt. Not that the hotel does not have the regular amenities such as WiFi and such, but it’s hidden and not so obvious. The experience is what I feel one should pay for here. It’s a wonderful and actual, real reenactment of a different time.

The windows open. An anomaly all in itself which lends to the ears the sounds of the street below and the breeze they are carried in on. No wonder the spirits here are comfortable and happy.

Here is a timeline; Arrival to Departure of my week at the lovely and gracefully haunted Menger.

Day 1: Sunday Night – 02/18/2018 – Check in and first night uneventful… The dining room and kitchen are lovely and provided this half starved traveler with Pinot Grigio, a fresh Caesar salad and some kind of appetizer that was absolutely delicious. A half hour before closing.

Day 2: Monday – 02/19/2018 – I began to notice the vibe in the elevator. Morning uneventful. By evening the allergy to the Texas Ashe Juniper pollen which produces a lovely condition called “cedar fever” was trying to drown me from within. I went to bed blissfully unaware of anything after a dose of Tylenol cold medicine.

Day 3: Tuesday – 02/20/2018 – Morning uneventful except that I could still breathe a little out of my nose… Toured around the hotel this evening. I took the farthest doorway to the east of the 3rd Floor lobby and it led me up a steep little flight of creaky stairs. After those I headed down the hallway until I stopped about midway due to a similar creaking up the stairs behind me. I expected someone to appear into the hallway but they never did.

After logging in my experiences with the halls and elevator on this site and smelling random wafts of strange things from good to bad, I set my laptop down on the dresser and moved the EMF detector that was there. It went off. Thinking the laptop had set it off, I picked it up and moved it to the end of the dresser near the bathroom. It was going off like crazy. I waved it near the Bible and the bathroom door and it continued. It stopped when I turned around and faced into the room, but walking towards the center of the room it went off again. In the center of the room. No electronics were around, the very light and fan in the ceiling were a good 15 Feet if not more above me. Whatever was there was perfectly cool with me though, I felt no threat whatsoever from it.

I put the EMF away and turned on the voice recorder before I went to bed for the evening.

Day 4 – Wednesday – 02/21/2018 – Turned off the voice recorder and saved it for later. If there was something on it, I didn’t want to hear it while I still had to sleep in the room. Before I left for the morning I picked up the EMF and waved it around the dresser area. Nothing. Nothing near the bathroom or in the center of the room. I moved it near the lamp and it went off ensuring me that the batteries had not died overnight…

When I returned to the hotel for the evening I decided to let the elevator ghost have her way with me and I sat down and had a good cry. I have no idea for what but I felt much better in the elevator in the days to come. With that over with I watched CNN and then followed up with an old video of Pastor Billy Graham from 1971 Chicago. A very, very good one. At the end I prayed a little and went to bed with my back facing away from the door. Just as I got comfortable and stopped moving around, I felt what felt like a man’s hand gently slide up my back. It pressed the comforter in in doing so. This was unnerving a little and I did not look around. No one was in the room, there was no point so I just kept my eyes closed and went to sleep…

Day 5 – Thursday – 02/22/2018 – Morning was uneventful and since the Cedar monster had loosened it’s hold on my face a little, I spent the evening exploring the neighboring sights such as Ripley’s, the Wax Museum (with it’s terrifying horror display in it’s paranormally infused basement) and the other attractions on the block. Upon arriving back at the hotel I went to the vending machine for water thinking I would unload some change. Discovering it did not take change aggravated me a little since the machine was some distance west of my room. I was a little heavy footed and quick going back to my room for my card and one could say I may have even been stomping in my frustration. As I reached the end of the hallway and the elevator lobby I heard and felt on the floor someone running hard up the hall towards me. Just as I thought they would run into me I turned around to face nothing. I had the intense impression it may have been a child because of the fact that though the event was unnerving, it was not really threatening. It was like something was copying me.

Evening in the room was uneventful and I think that the curiosity those visiting ones had has dissipated.

Day 6 – Friday – 02/23/2018 – This is the last day and supposed to be the last night. It is also the first night of the anniversary week of the battle of the Alamo. A battle that soaked the ground with the blood of hundreds. The ground on which this very hotel was built on just 25 years later. After a ride out to Papa Jim’s botanica with a good friend and a tour of the famous Buckhorn museum, I returned to the room. My plane was leaving at 6 am and I did not want to miss it. I arranged for the cab to pick me up at 2 am and set the alarm. It was about 9 or so. I was woken shortly after 10 pm by a loud drunken ghost tour right outside my door. In fact, all the drunks in the “ghostly spirit” in the hotel would finally cause me to leave earlier than expected but before that; I decided to tour around the hotel and take advantage of a possible paranormal event on this eve, on this ground, of one great and terrible battle.

I took my camera and beginning on the 2nd floor, videoed my way up to and around the 3rd. Unfortunately a lot of this video footage did not come out very well. Soo… there’s that and the video I took of the room disappeared from the camera as well as the voice recording I did. Nothing on the recorder when I finally looked at it. Not even a file.

At Midnight I redid the 3rd Floor and snapped photos with the flash on. Now remember, this is Midnight on the First night of the Alamo battle. I was not disappointed in the amount of activity that I caught on camera. Some of the photos are questionable and I am unsure exactly what is in some photos. Some may be light reflections from the flash and the shiny paint. Some are invariably anomalies and orbs.

And most importantly, I survived, bringing home with me only the lovely sinusitis I believe I have contracted from the attack of the Texas Juniper… Here are the photos from this last night at the Menger… Oh, note on the photos.. I try to take them in twos and threes so you can see the with and without anomaly.  Kind of like playing Find the Difference. There is a series at the end where the anomaly is near the light, all three pics show it in different places so it seemed to be moving. There is no “prover” photo to go with this series. 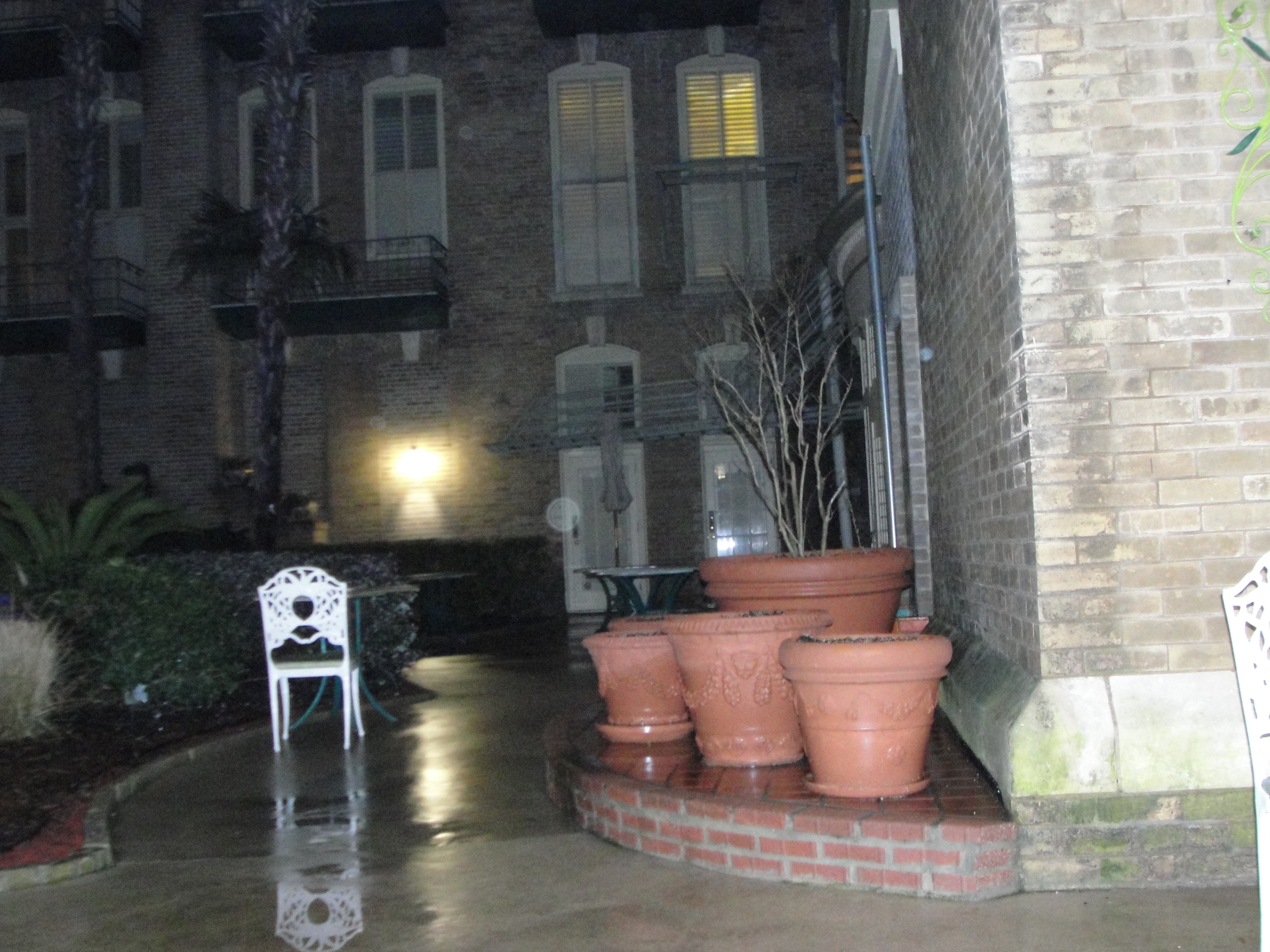 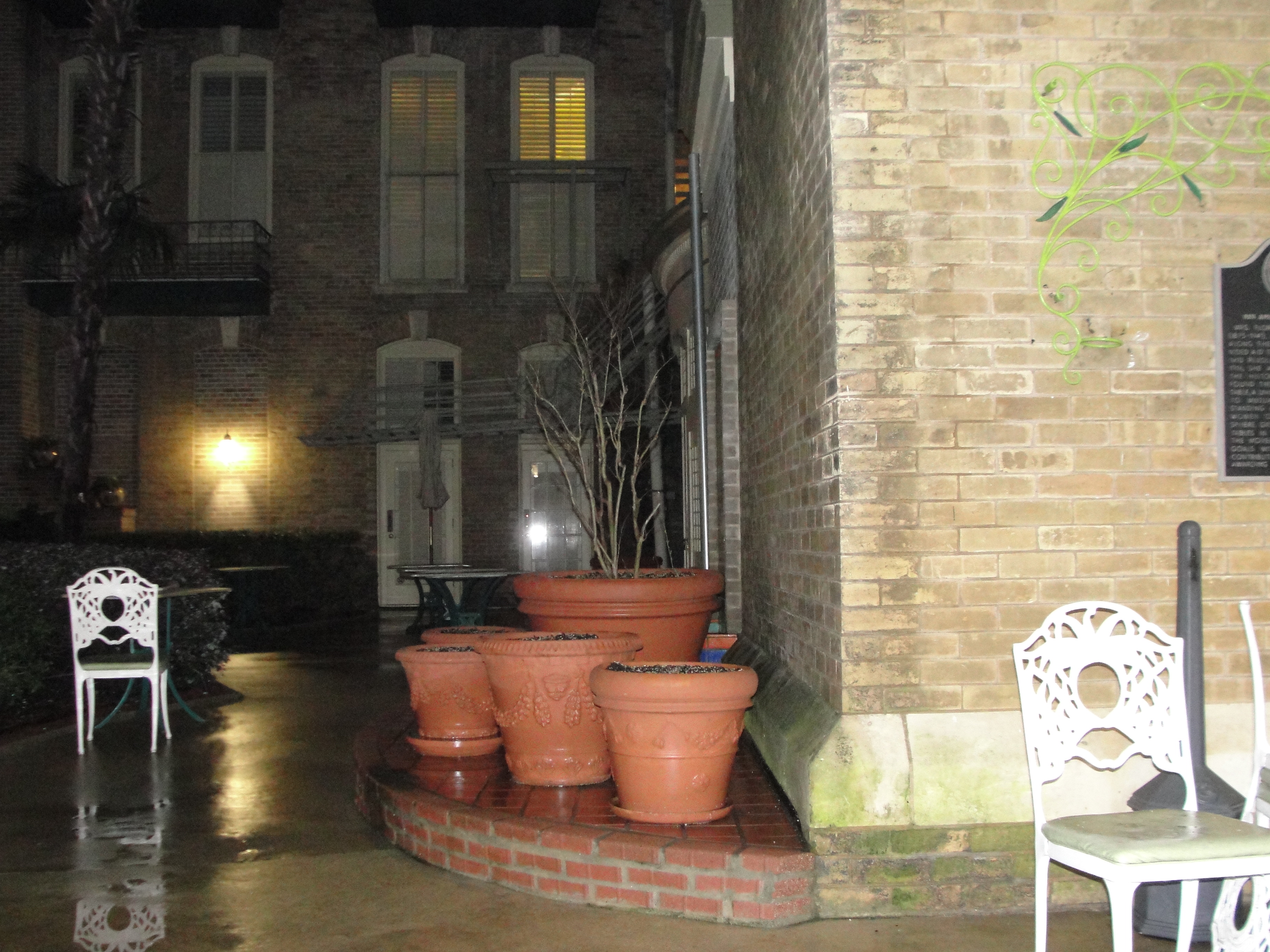 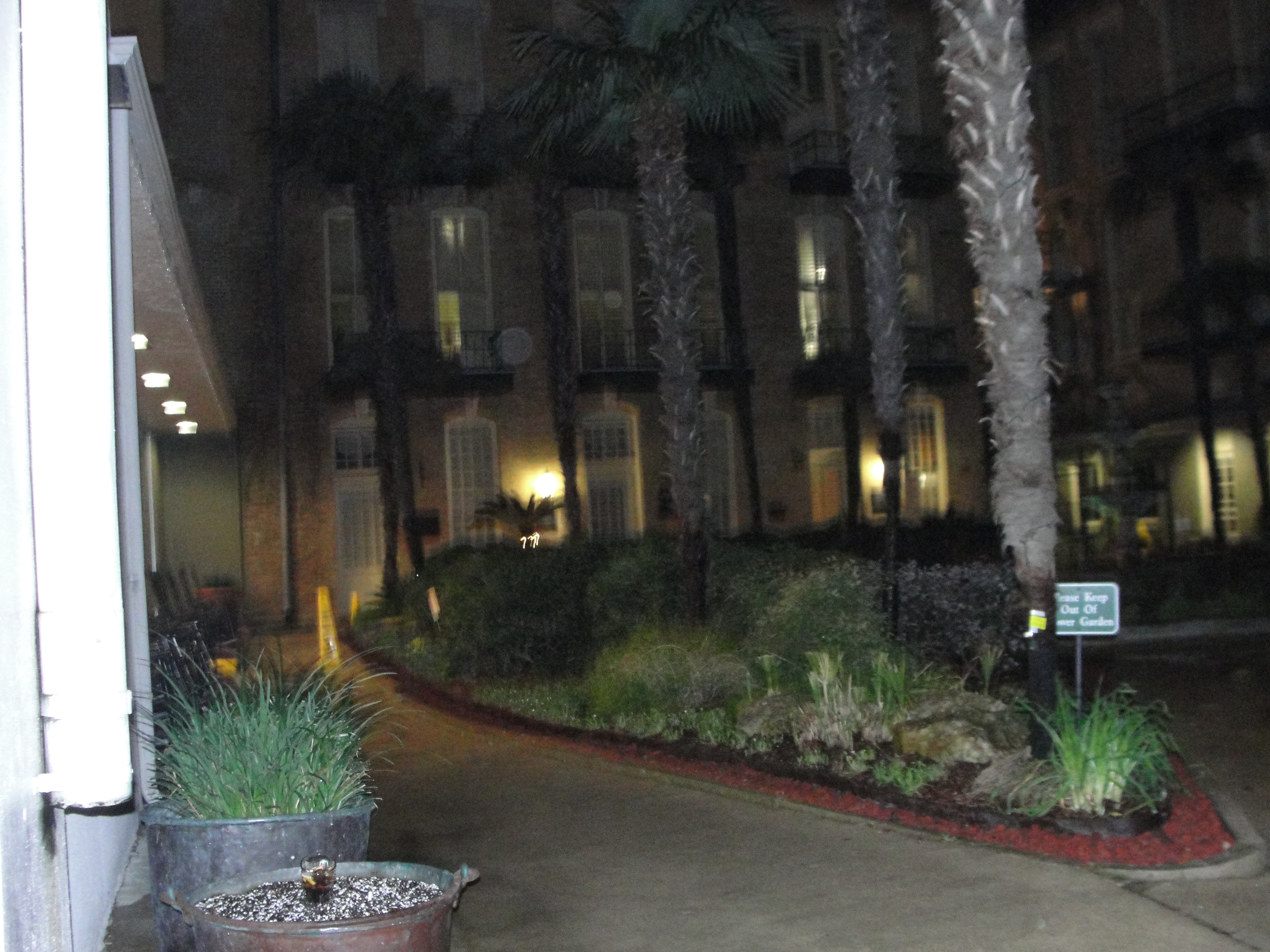 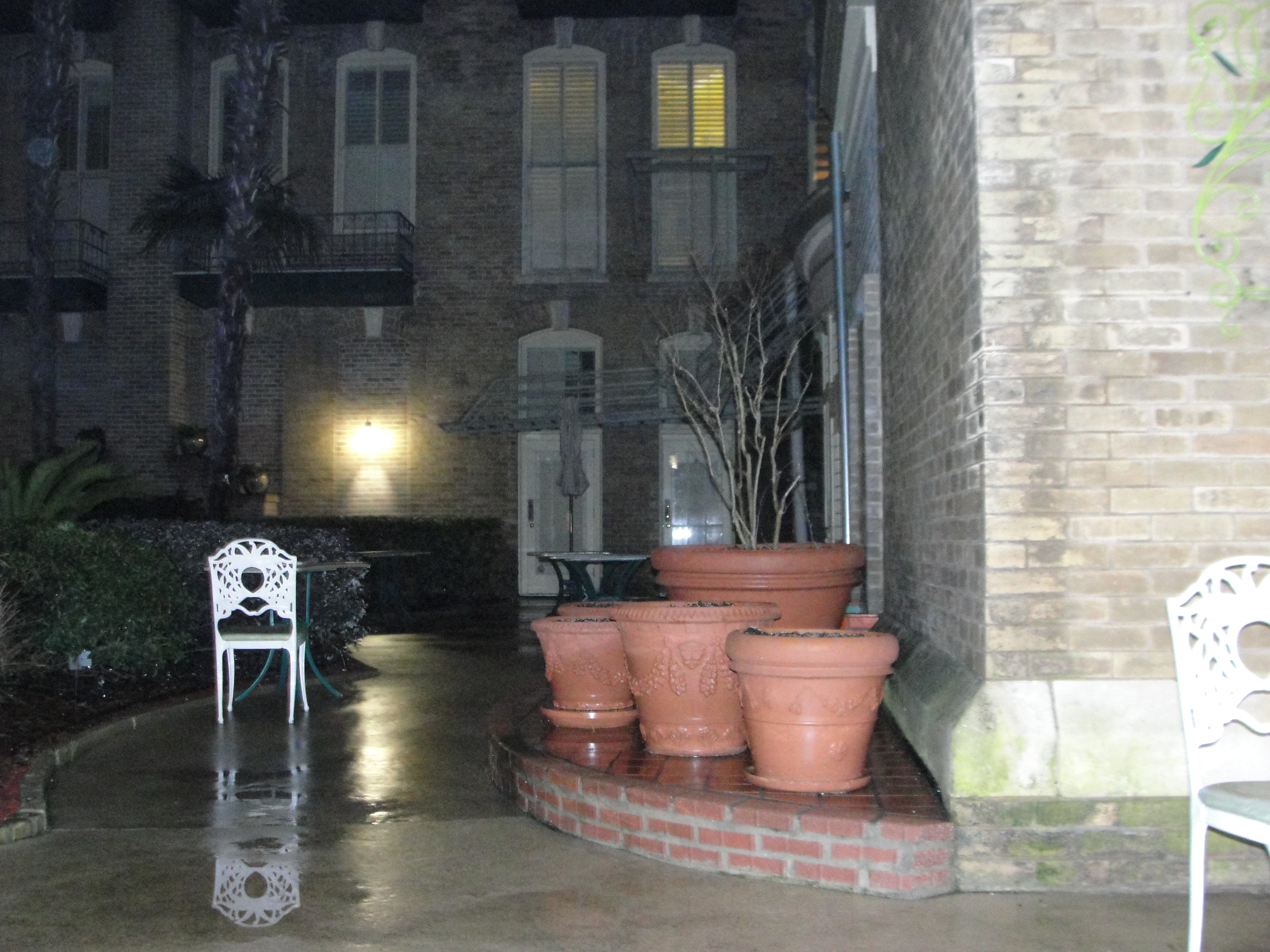 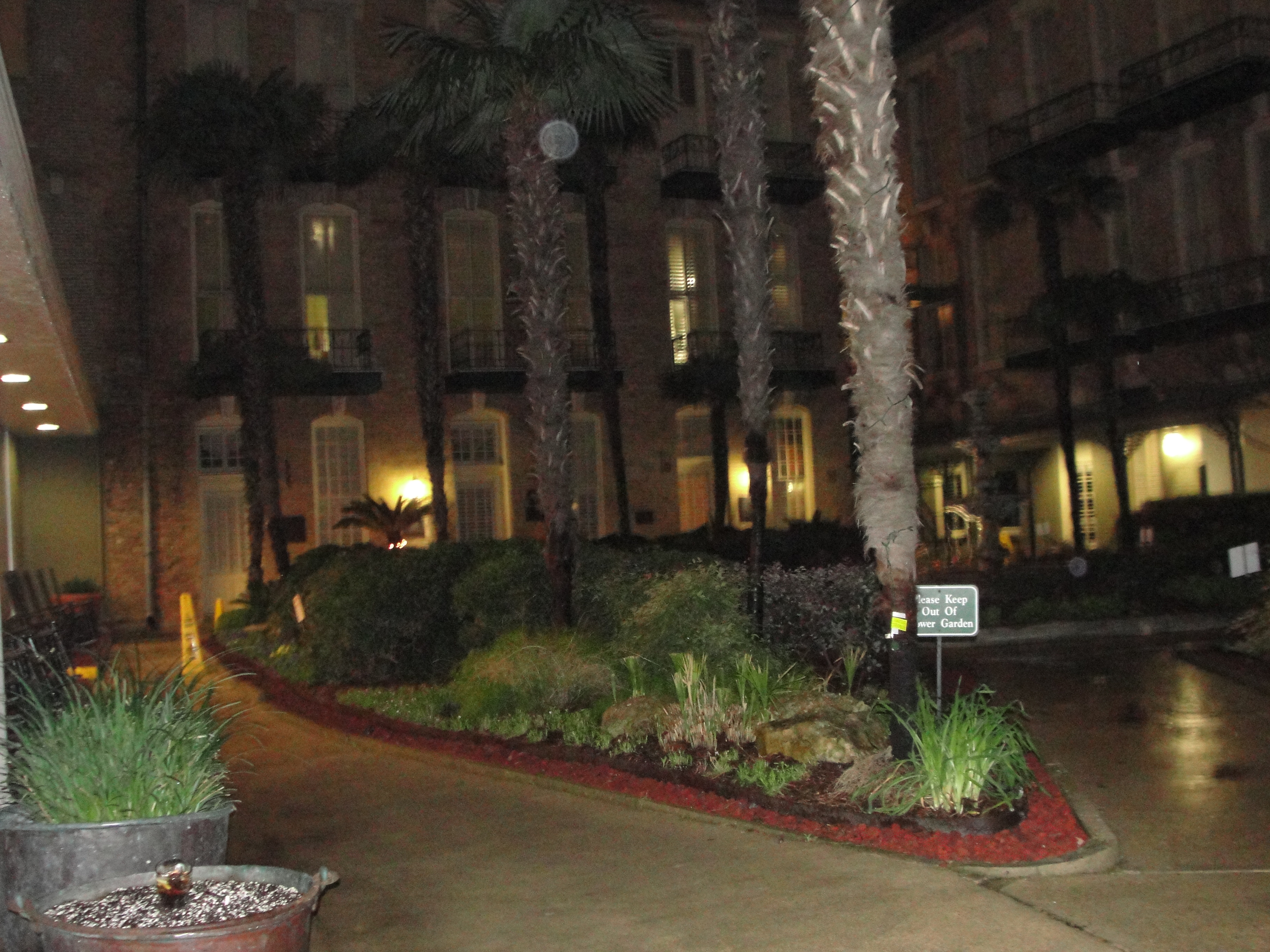 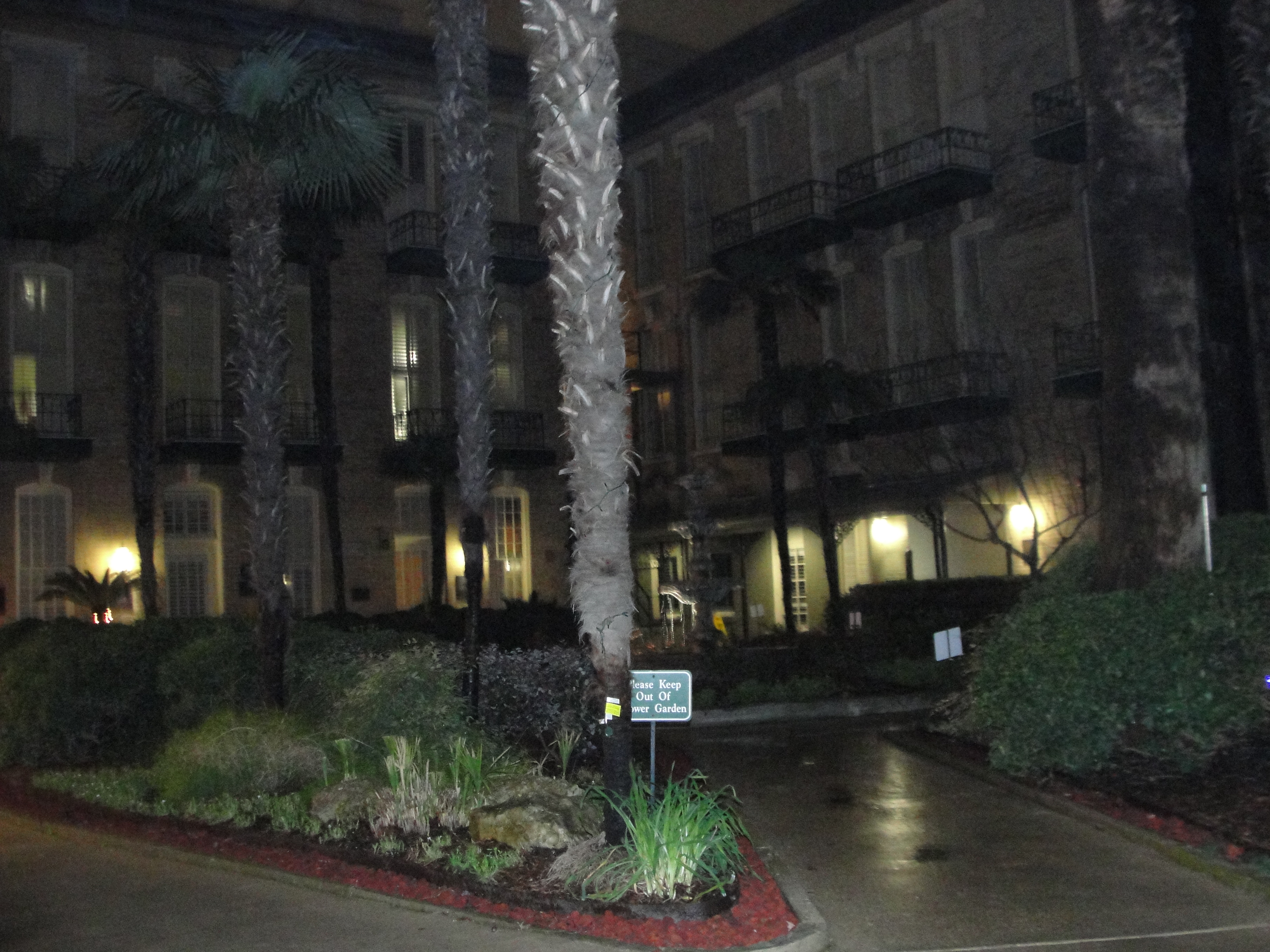 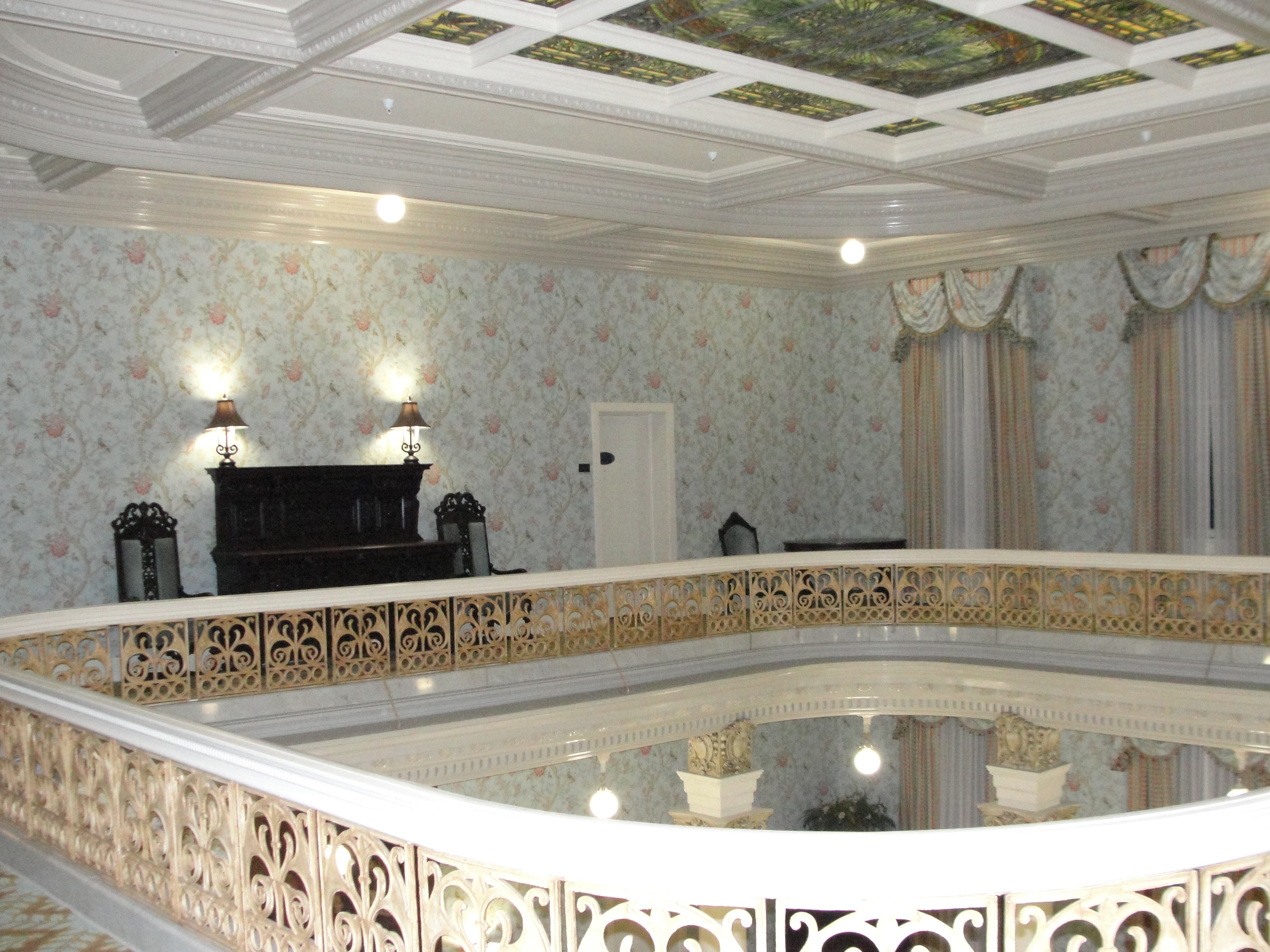 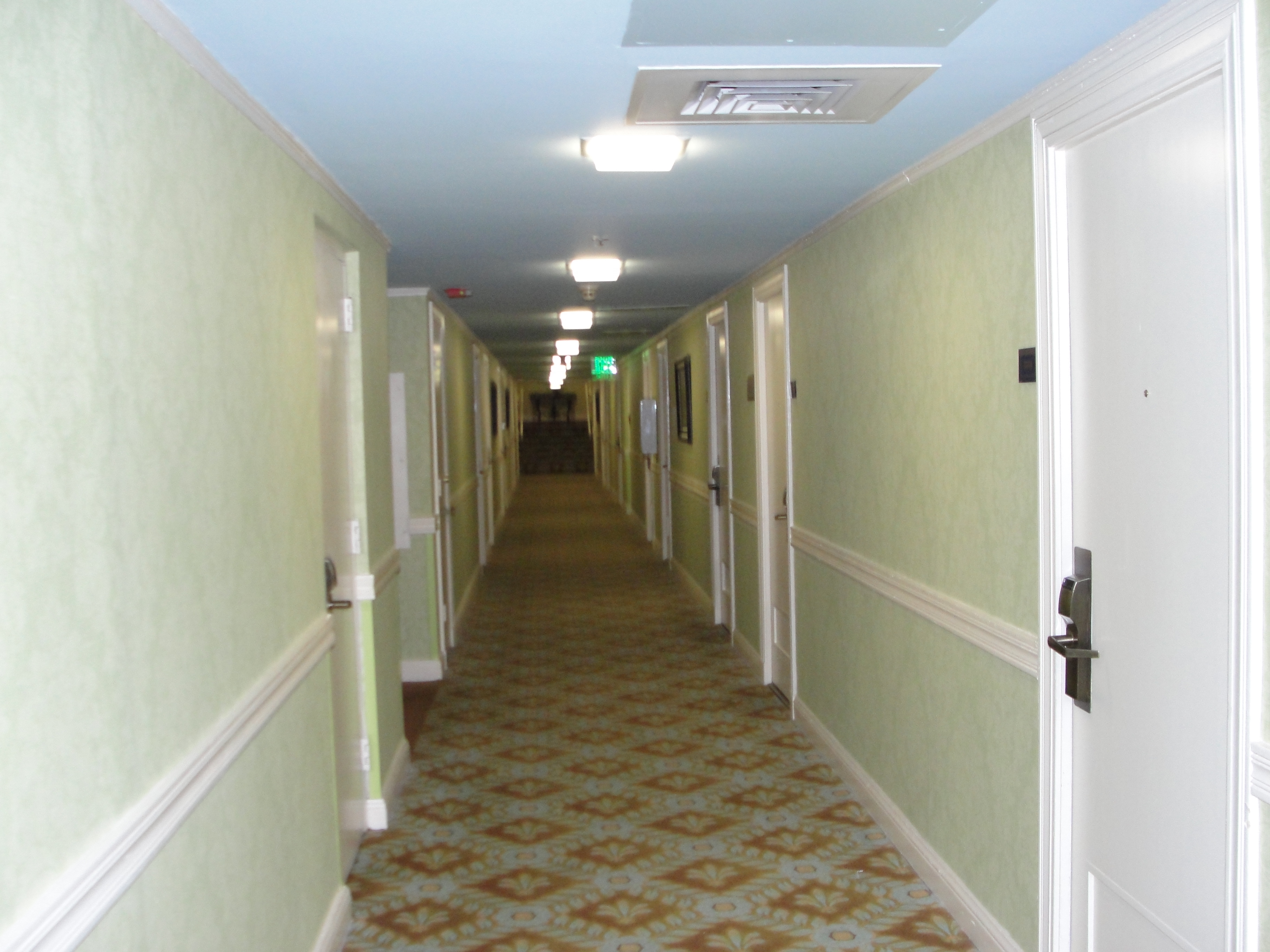 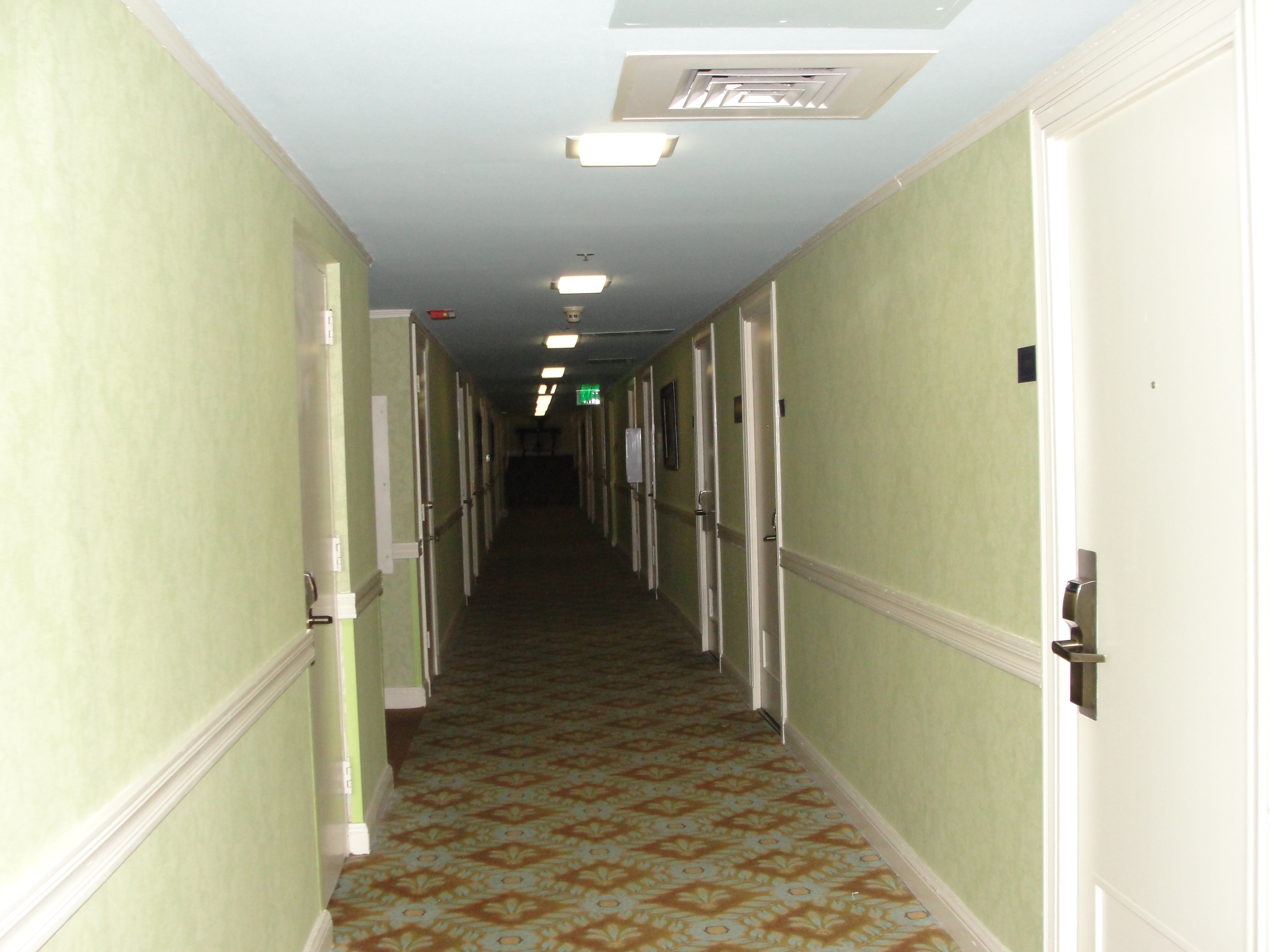 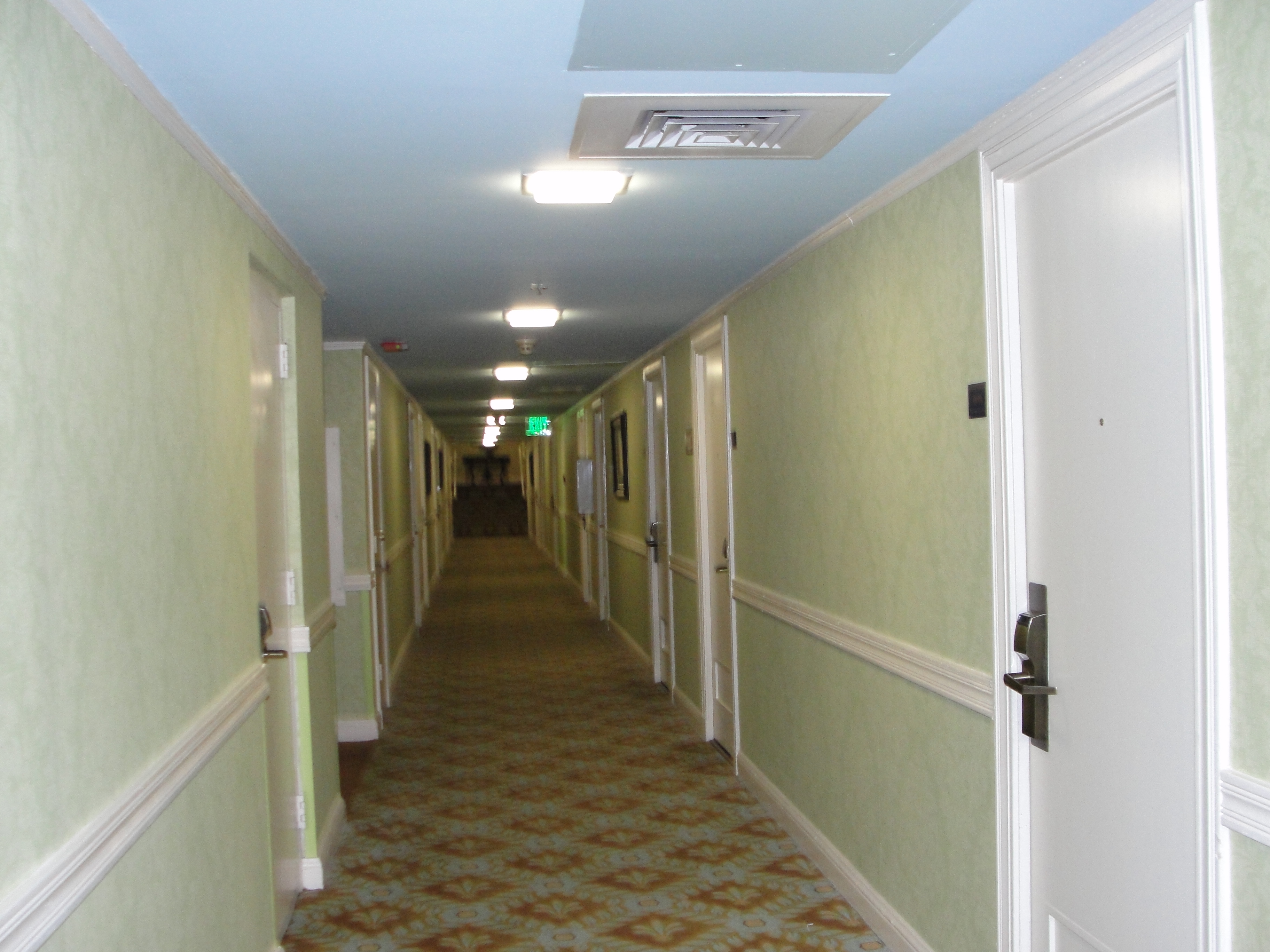 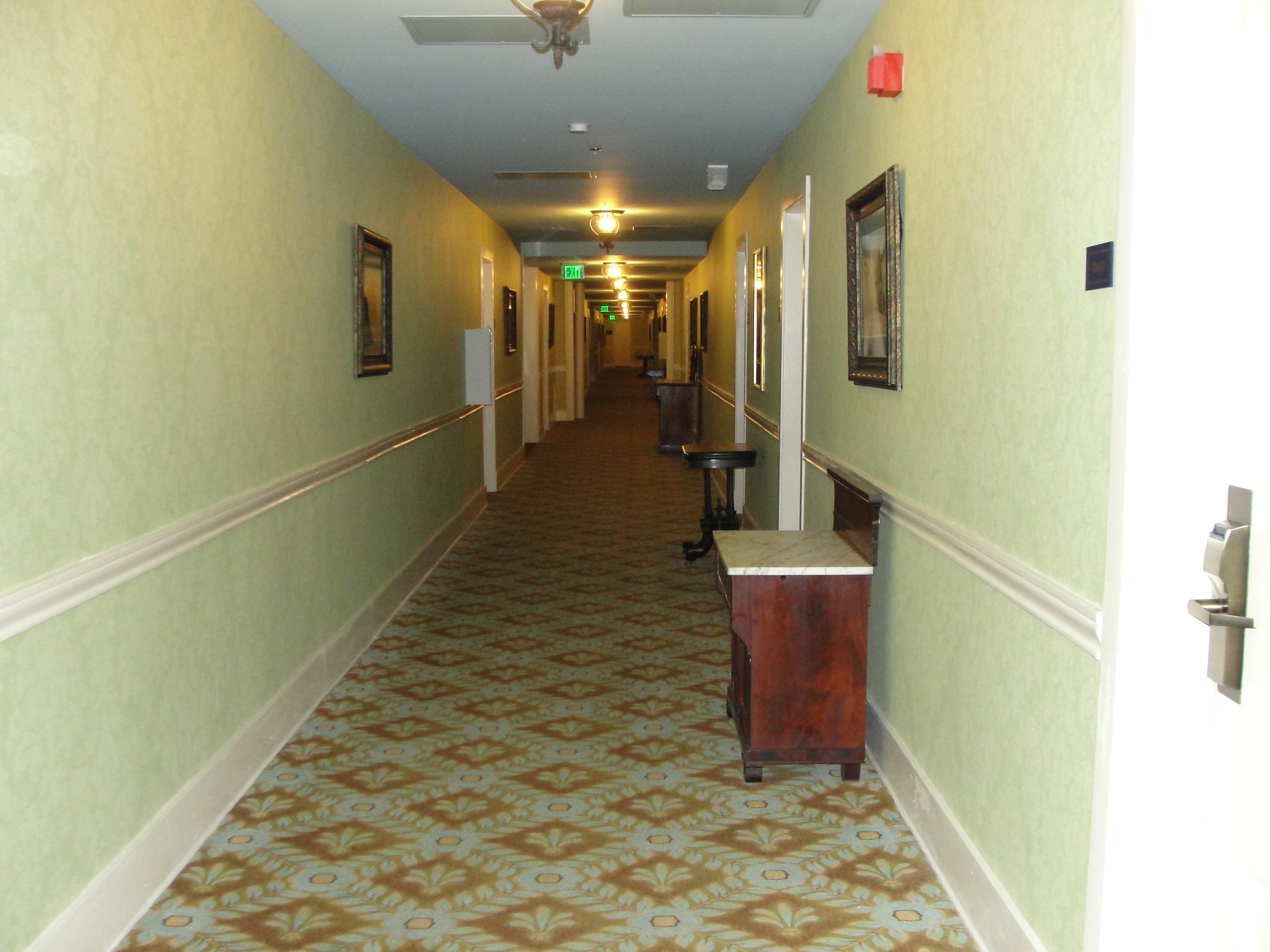 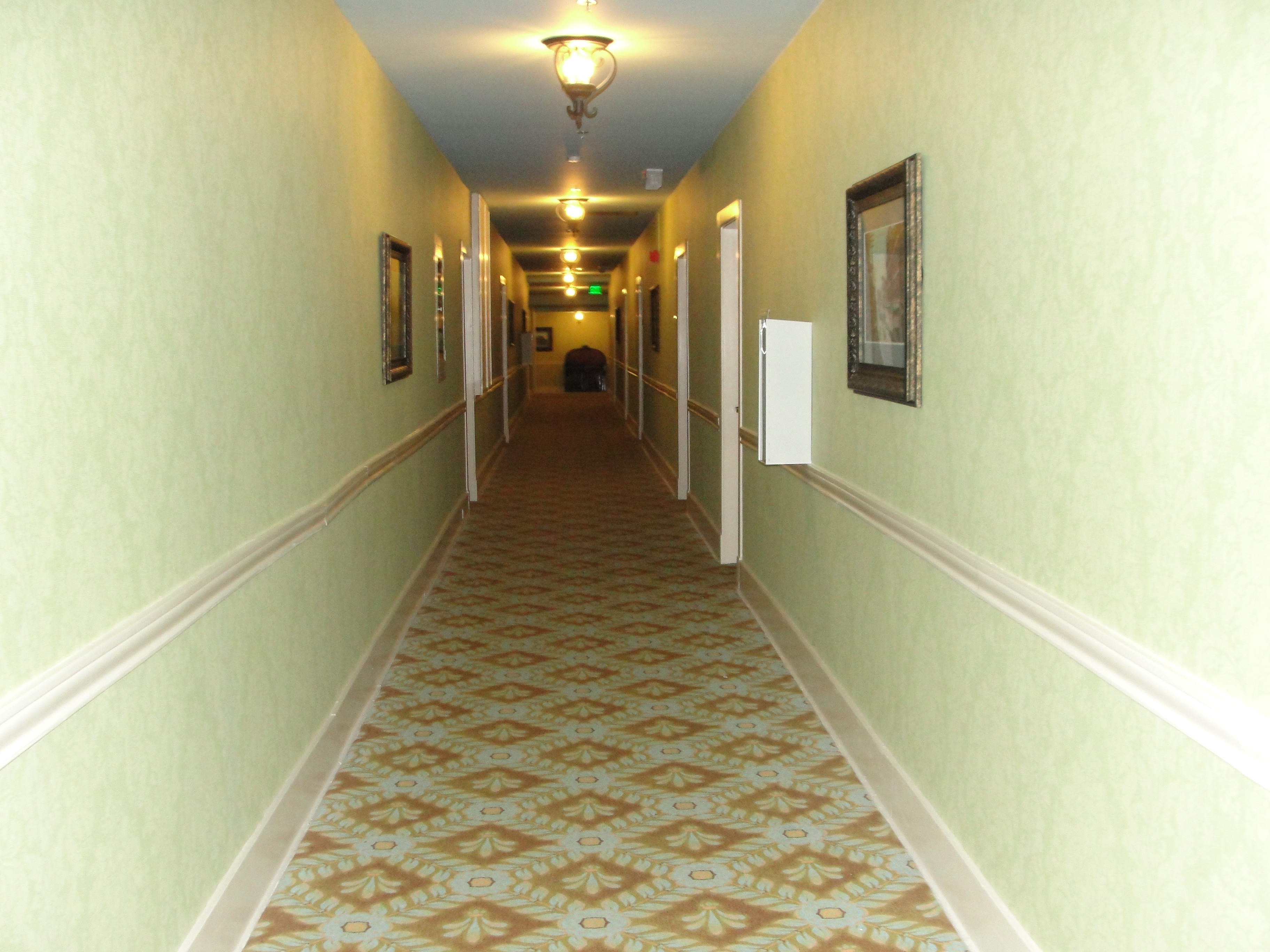 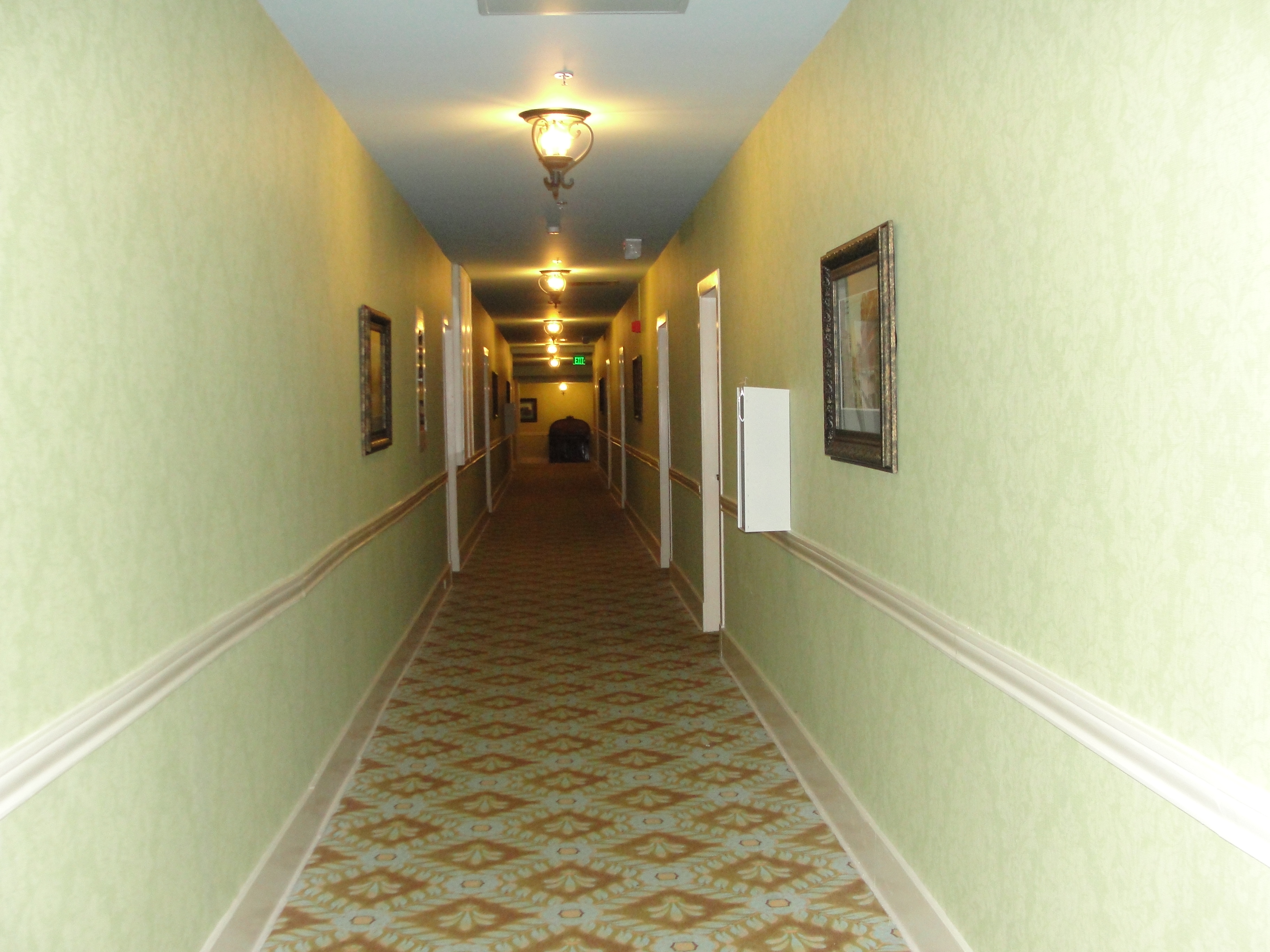 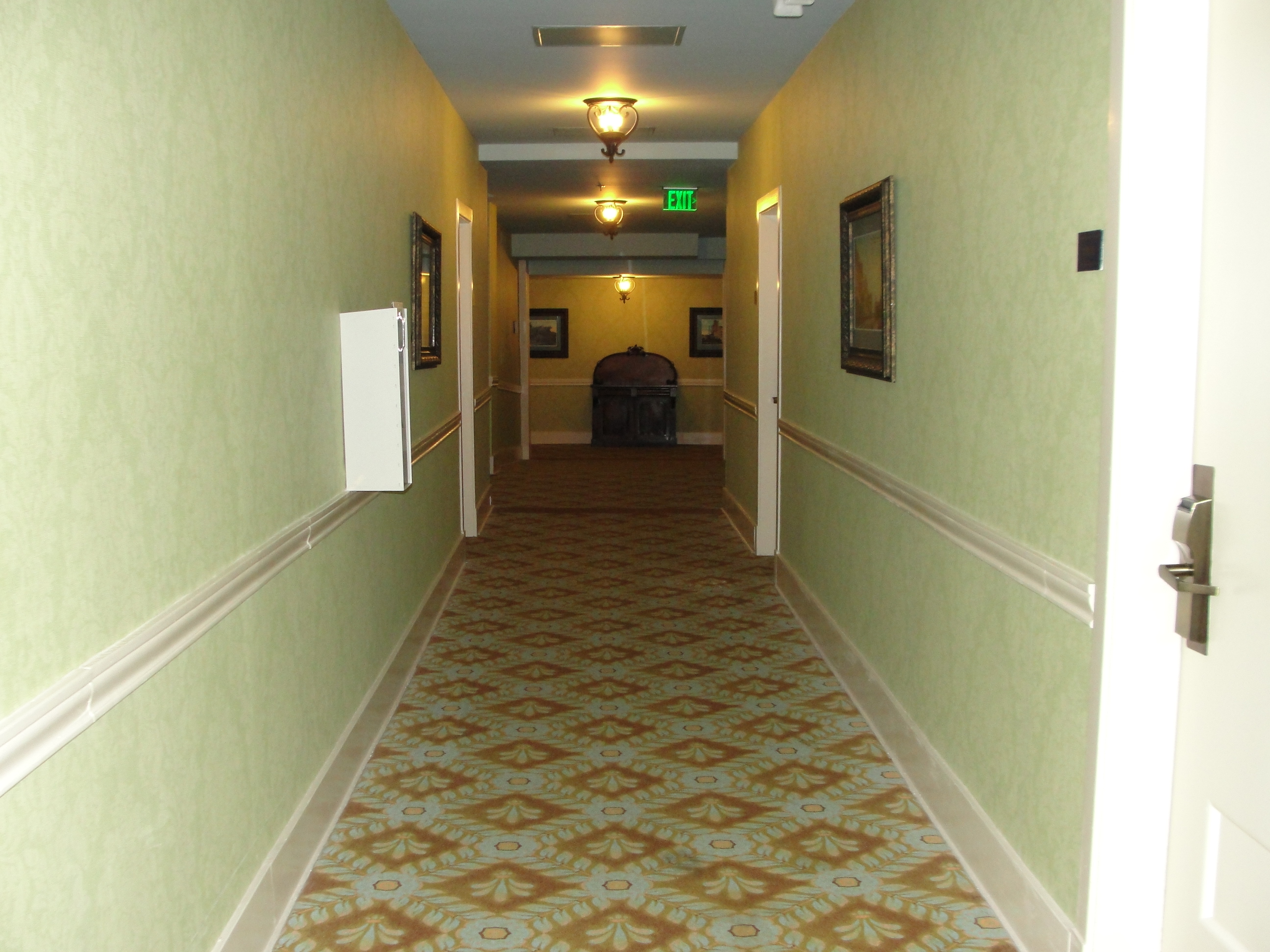 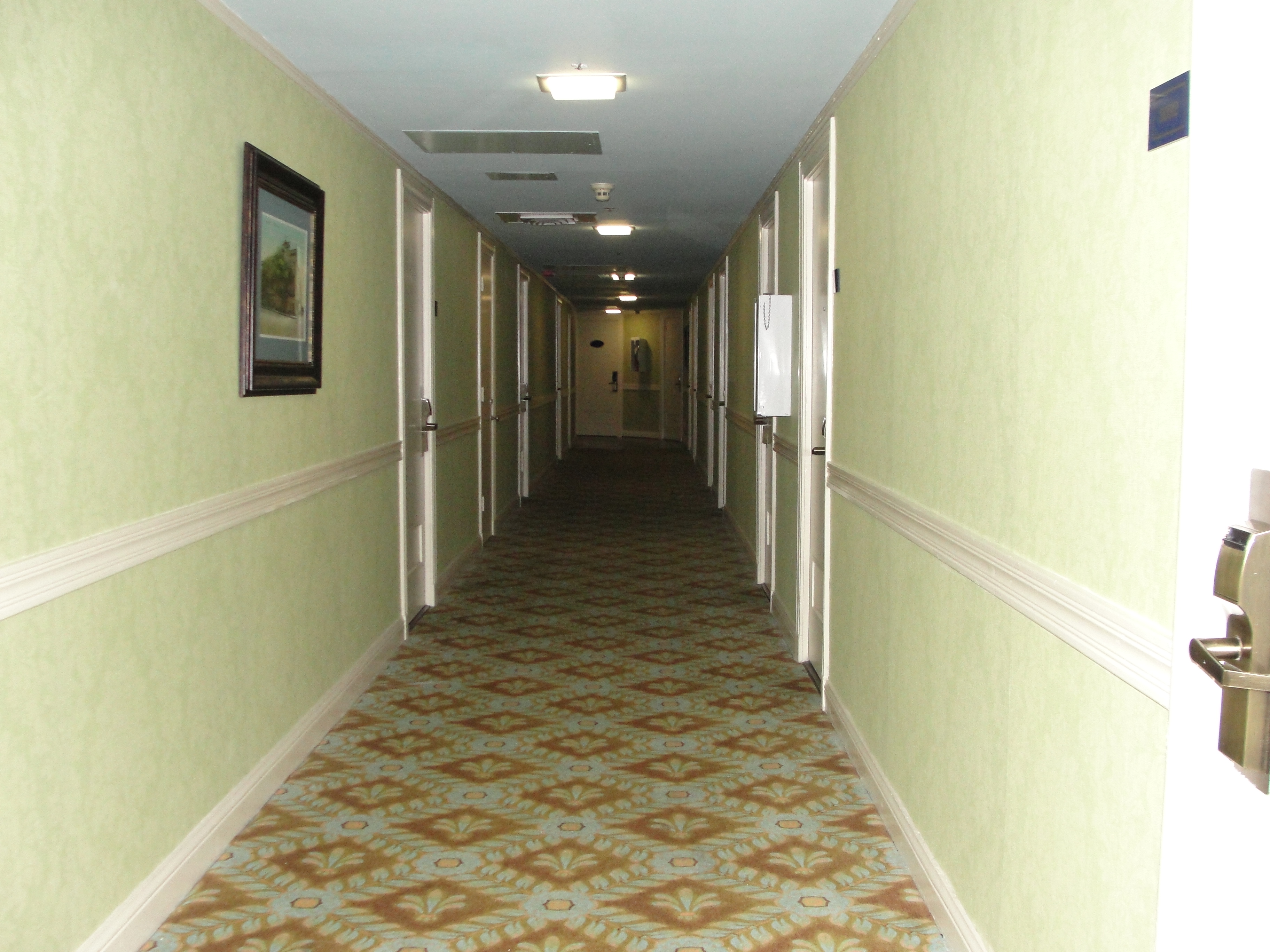 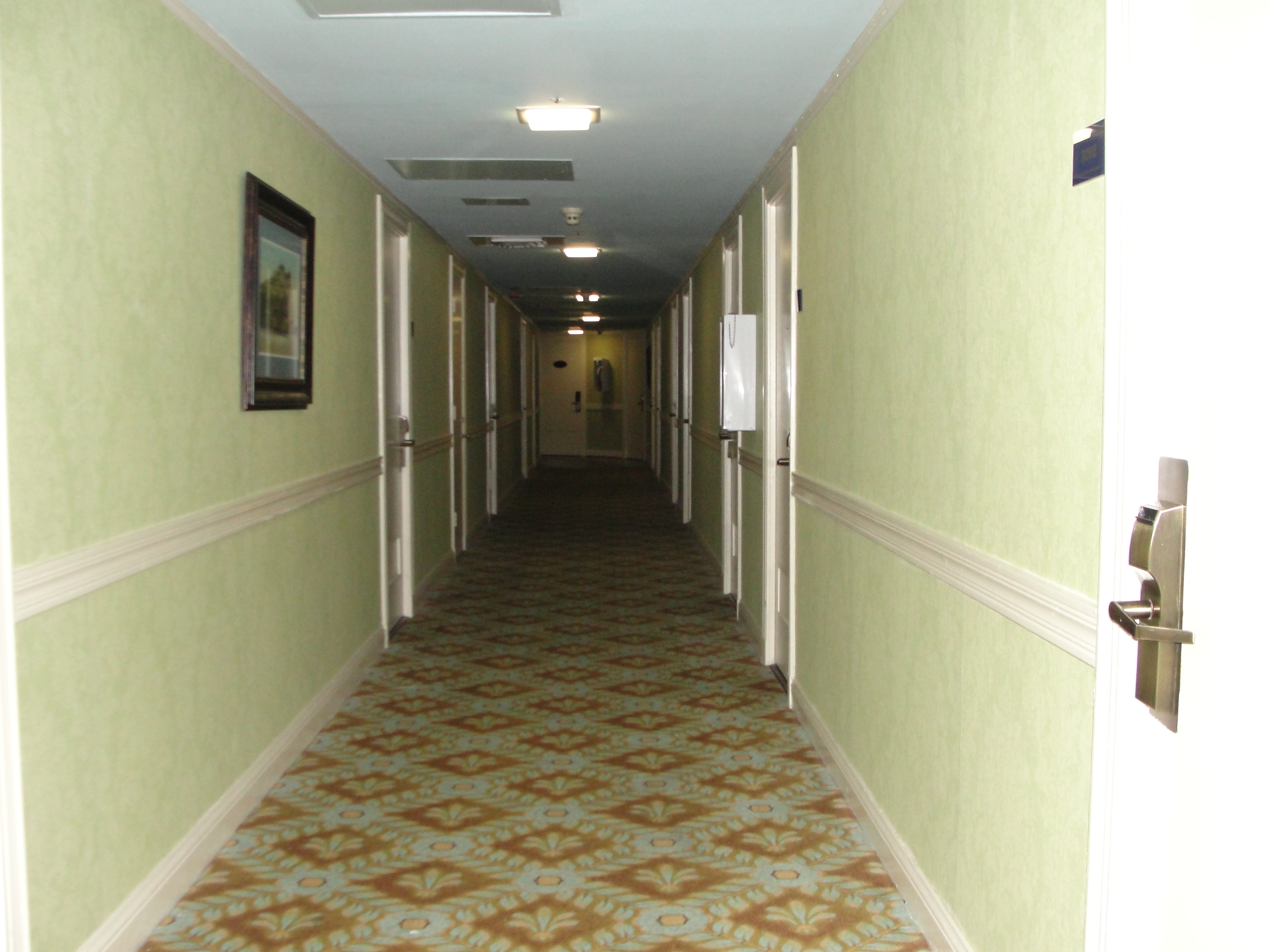 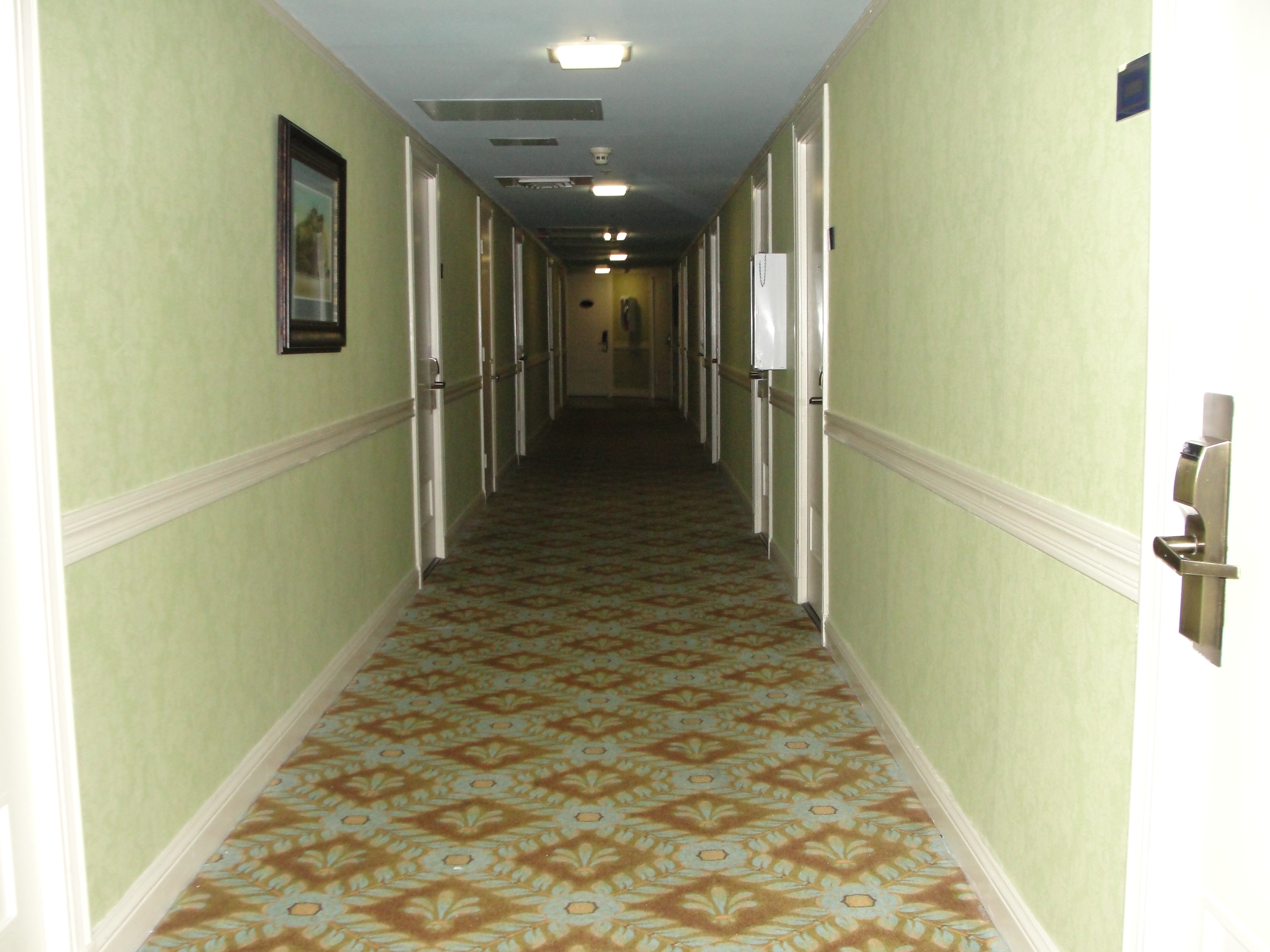 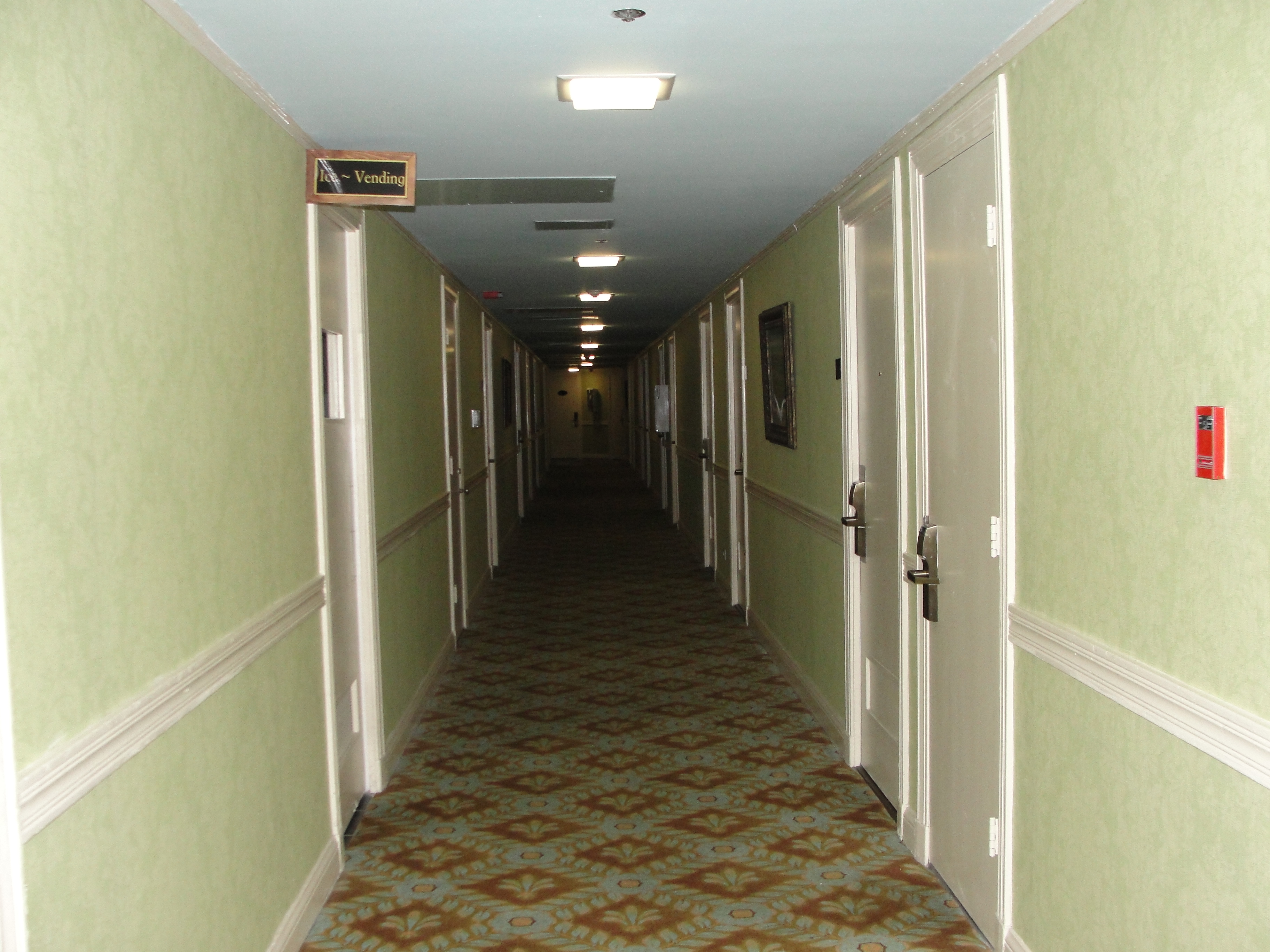 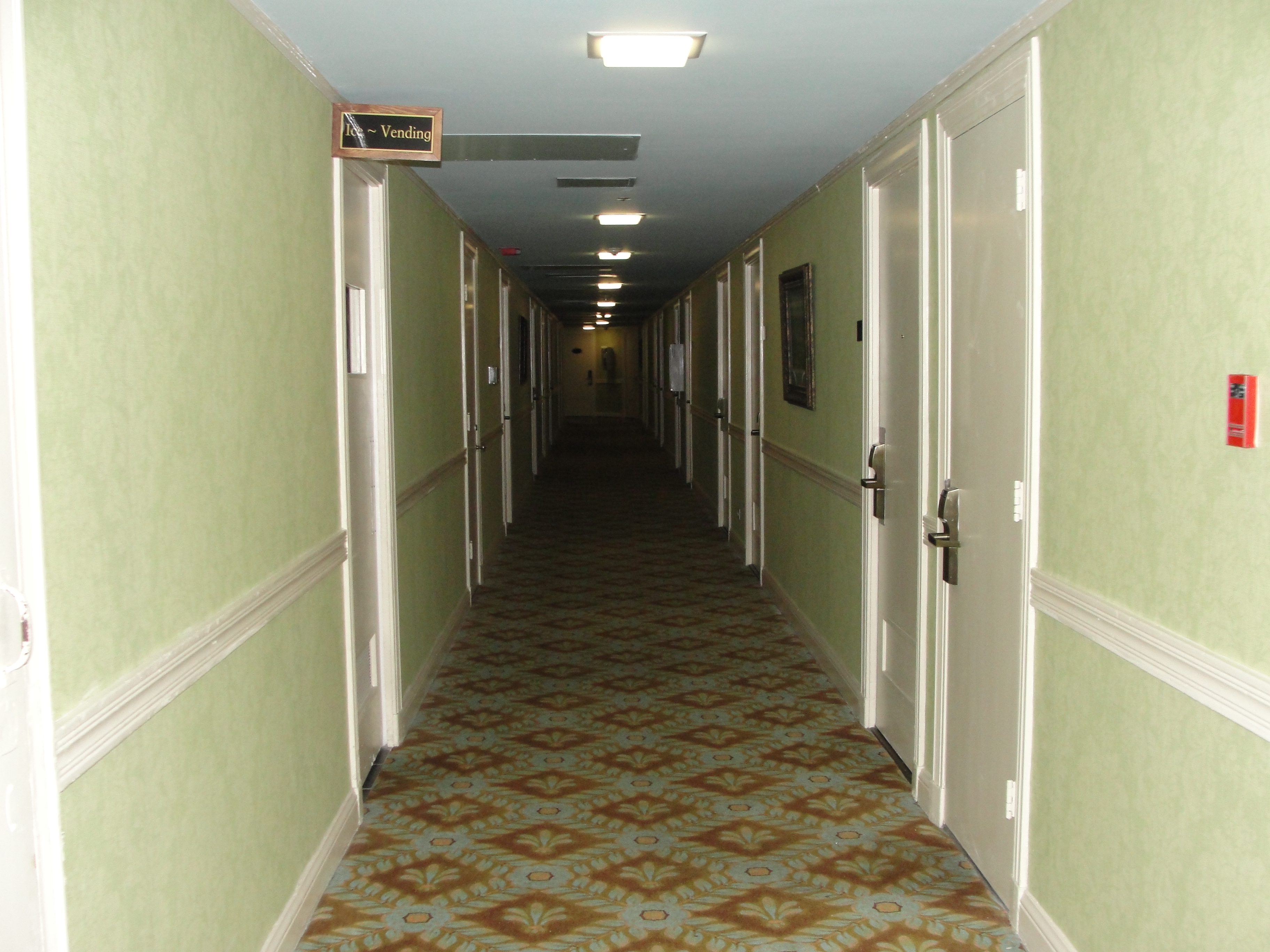 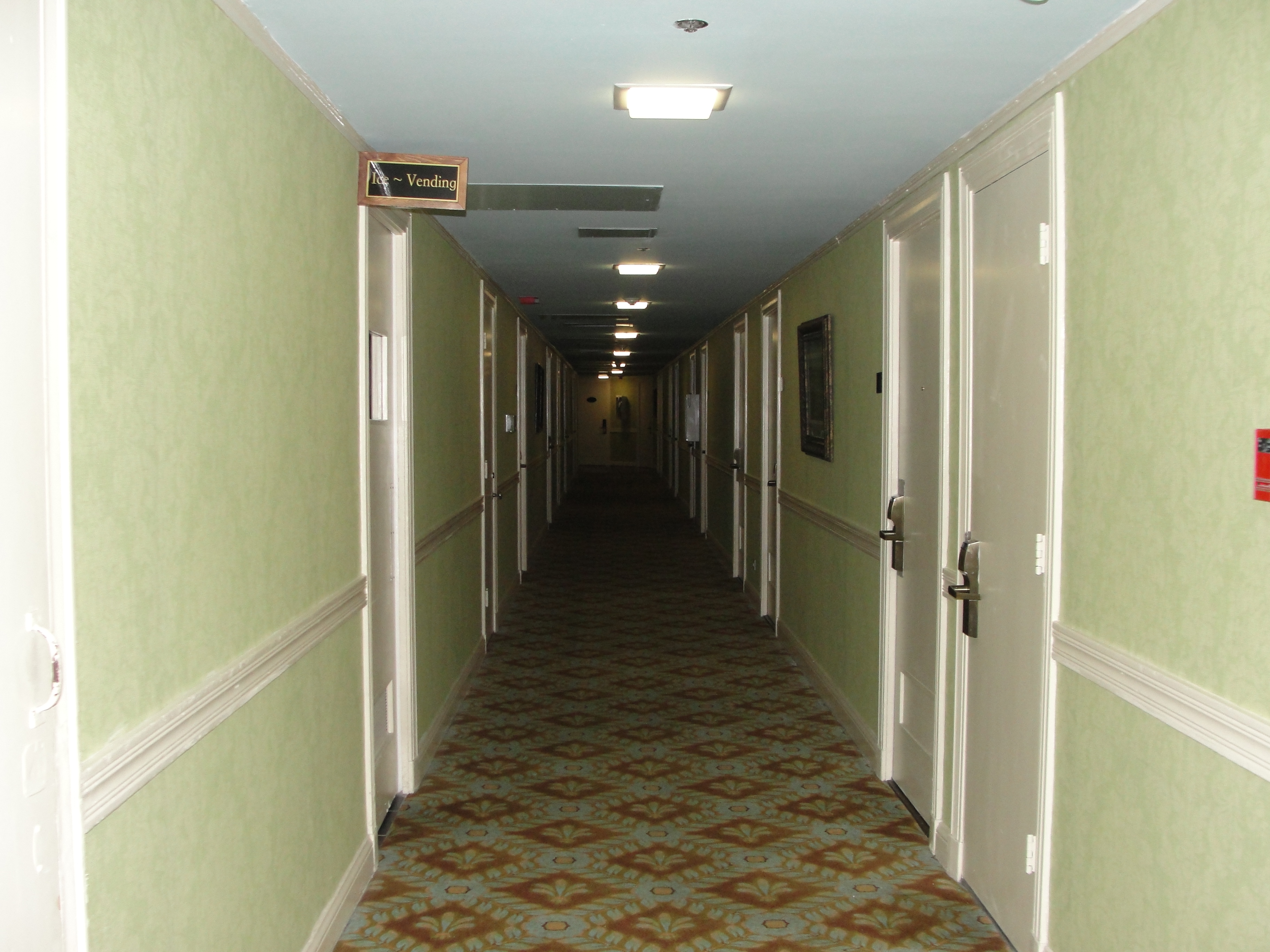 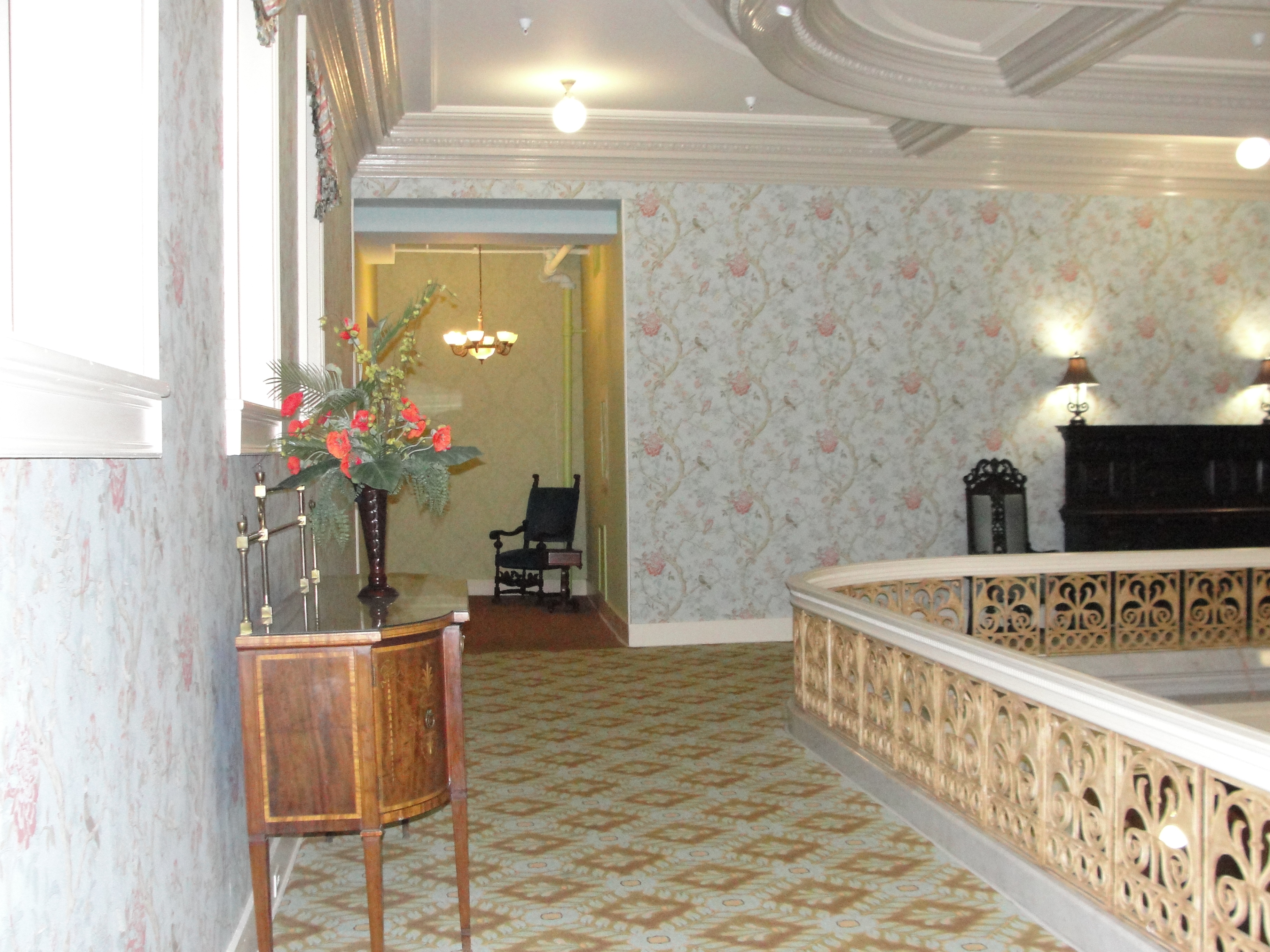 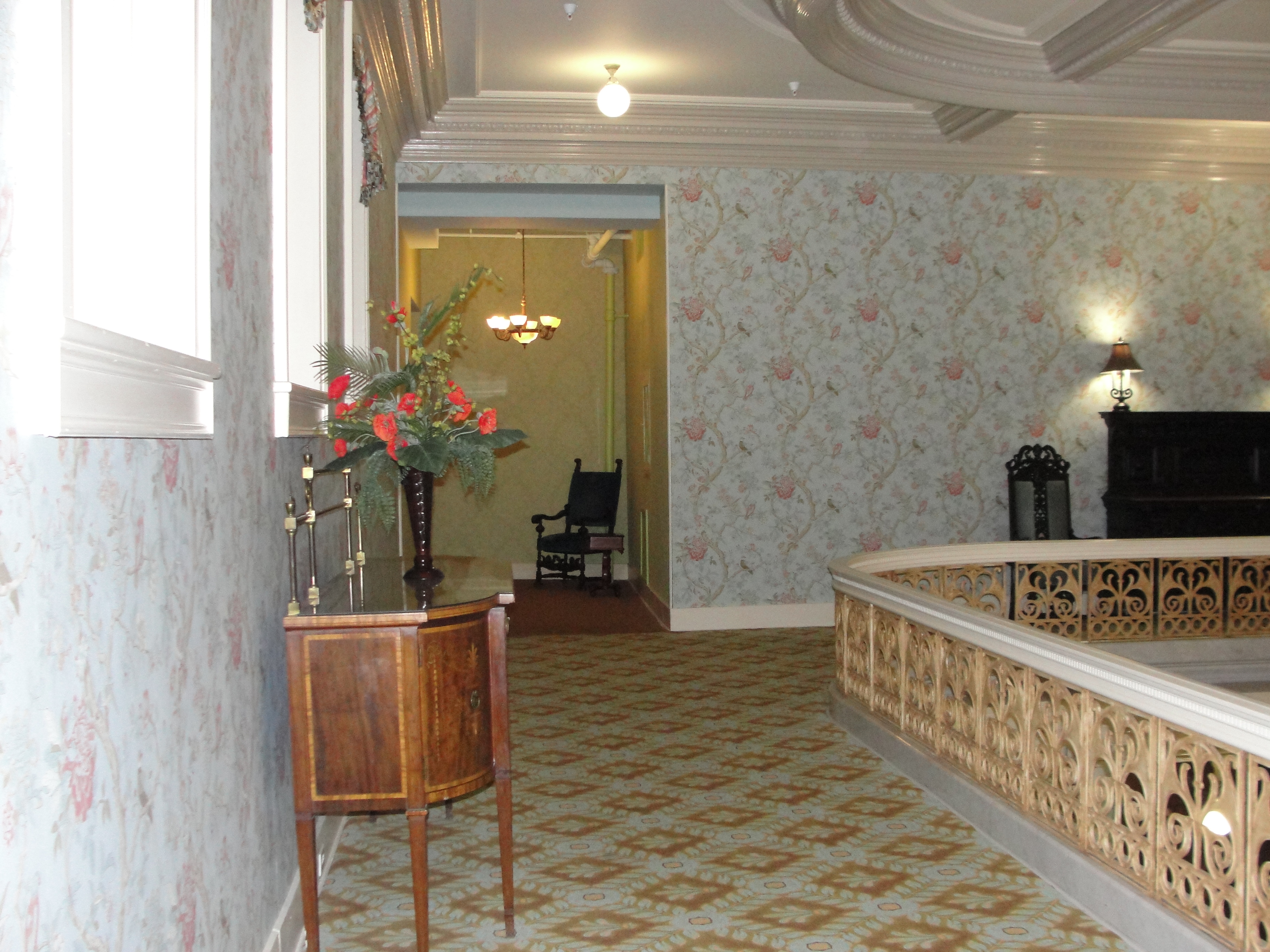 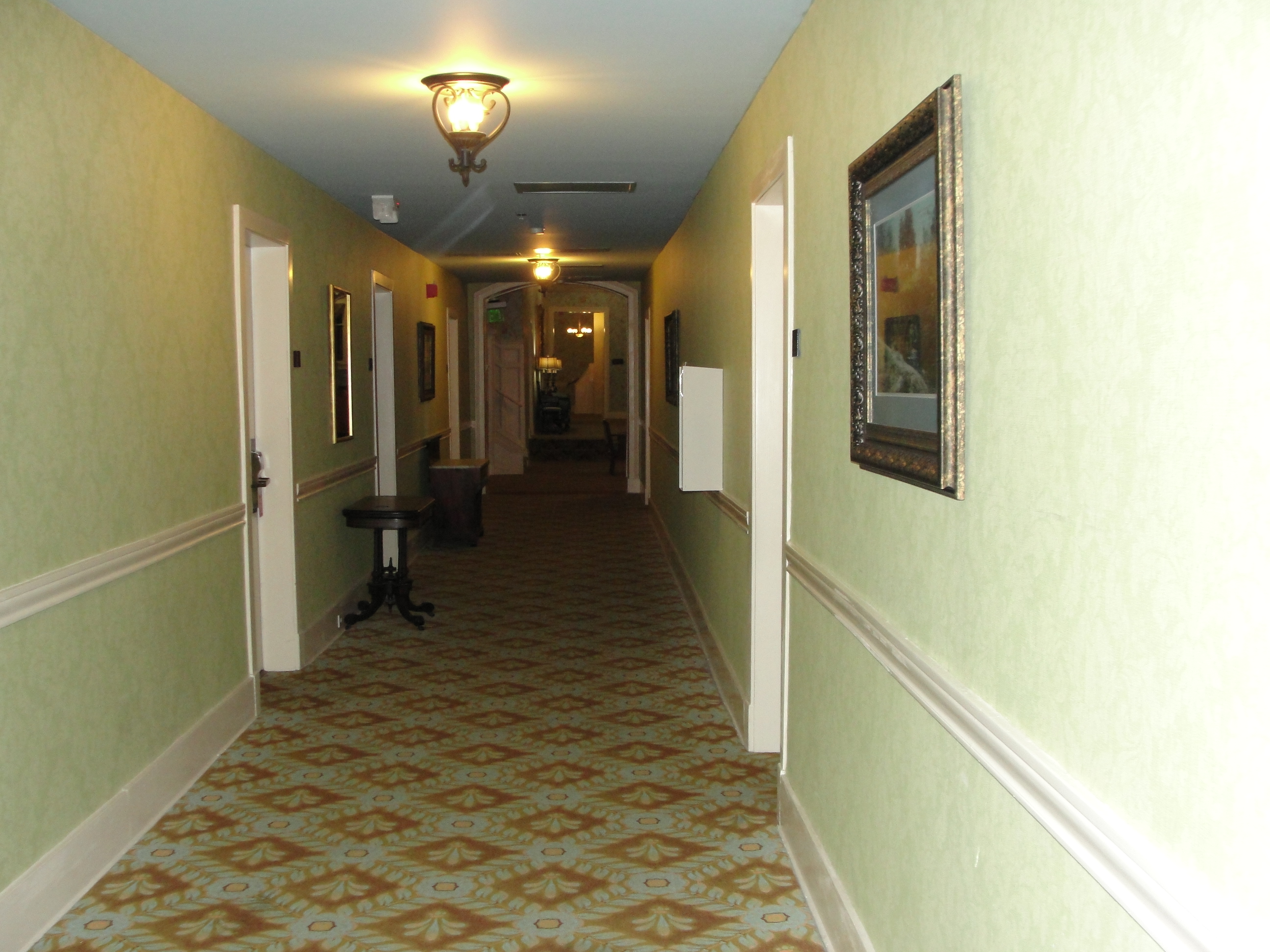 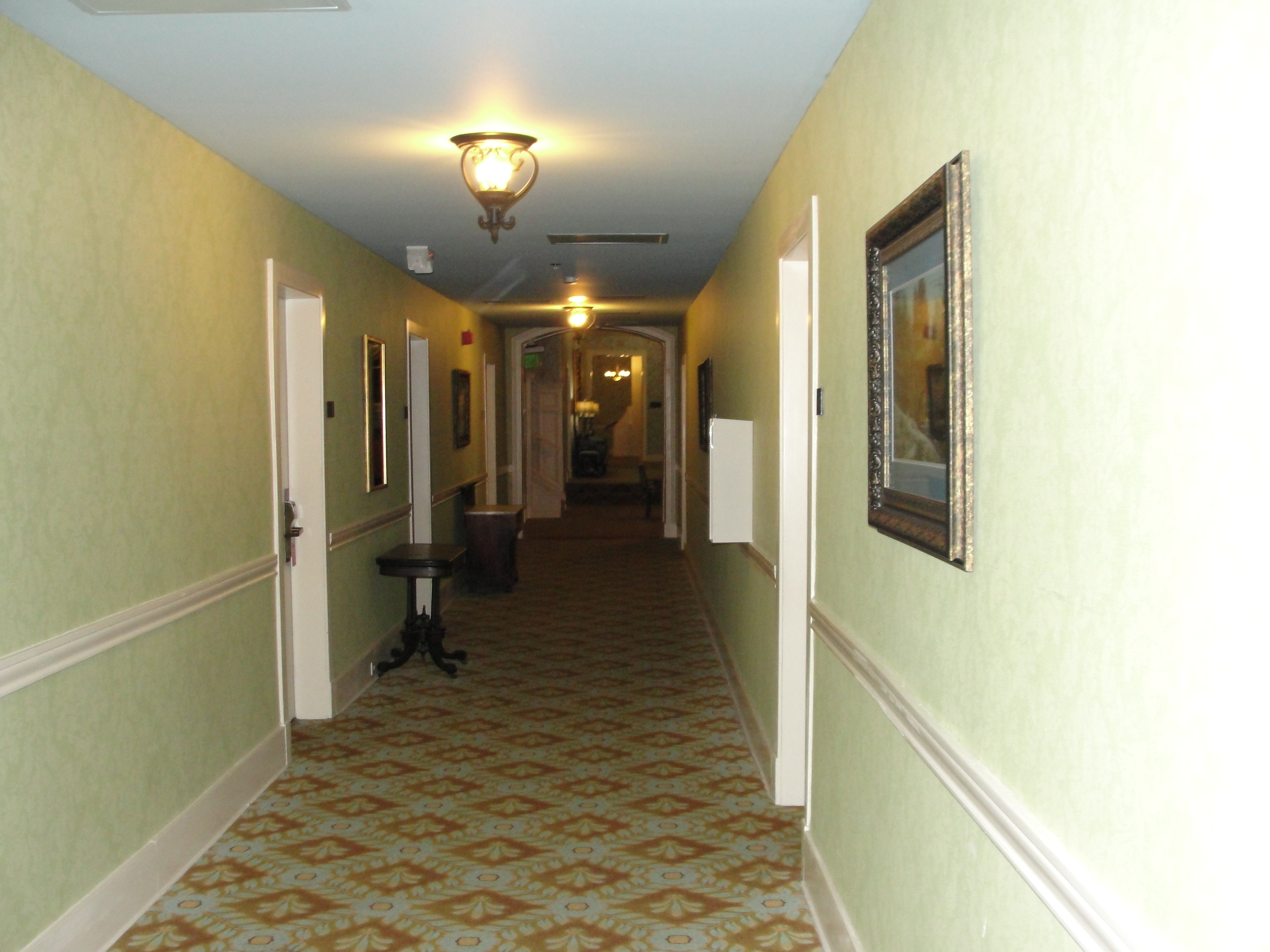 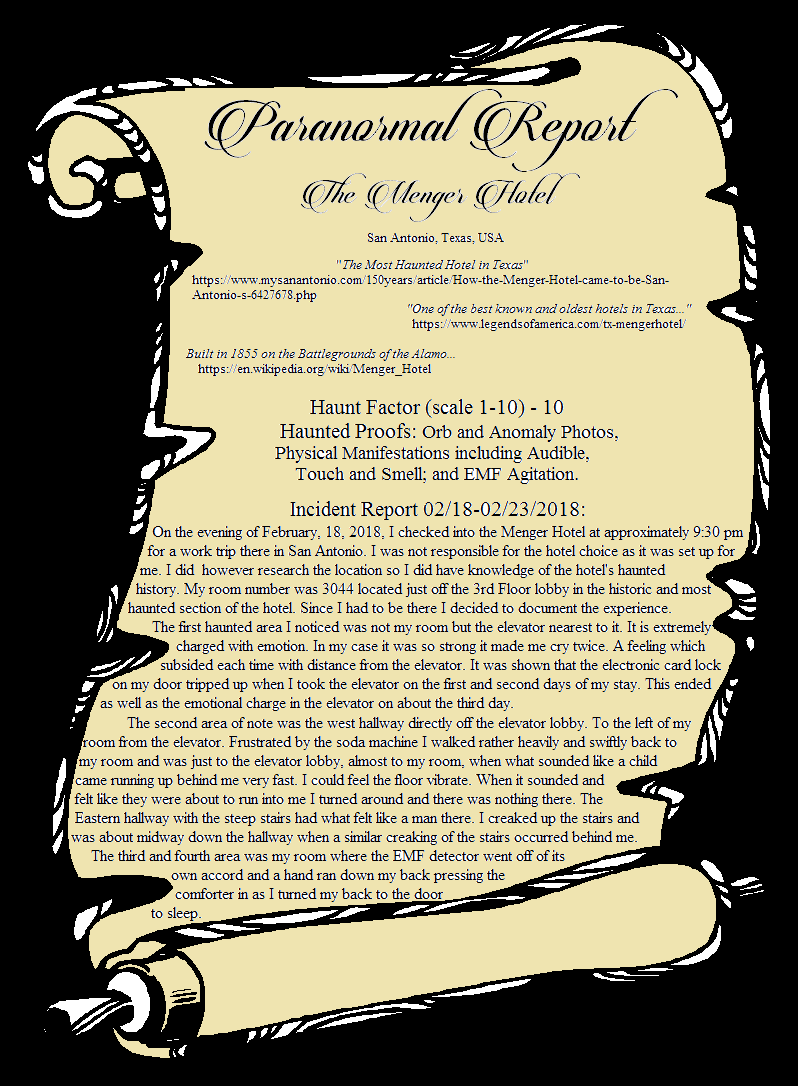